‘The Nederlands are helping Nepal’ and Els4Organising was helping out

Amsterdam, 1th of May – 8,6 million euro raised for Nepal

Giro555 called out – together with NPO Radio 2, RTL, SBS and regional channels – on the Netherlands to take action for the victims in Nepal.

Els4Organising was helping for three days with the organization of this compaign with a lot of enthousiasm.
At the 1st of May NPO Radio 2 broadcast live from De Hallen in Amsterdam. In the studio well known Dutch people sush as André van Duin, Victor Brand, Sophie Hilbrand and Diederik Samsom joined the digital panel.

Besides that, there were a lot of artists performing sush as Ellen te Damme, Sharon, Niels Geuzebroek and the De Kik. From the same location, programs from the NPO, RTL and SBS reported on the course of action day. In the 555-Café, Dutch celebrities were calling the dutch people to come in action. Gijs de Vries, director of the Red Cross and action chairman of Giro555: “The need in Nepal is very high. Money is needed now to further expand the assistance. That is why it is great that the broadcasters and stations want to come into action with us in order to give the National Action a further boost. ”

President De Vries called it a heart-warming day. With the money that has been received the immediate need is met. It is also used for reconstruction.

The aid organizations emphasize that even after today there can be donated.

Click here for the images of NOS Journaal of the 1st of May 2015.

A beautiful experience with a special action team. 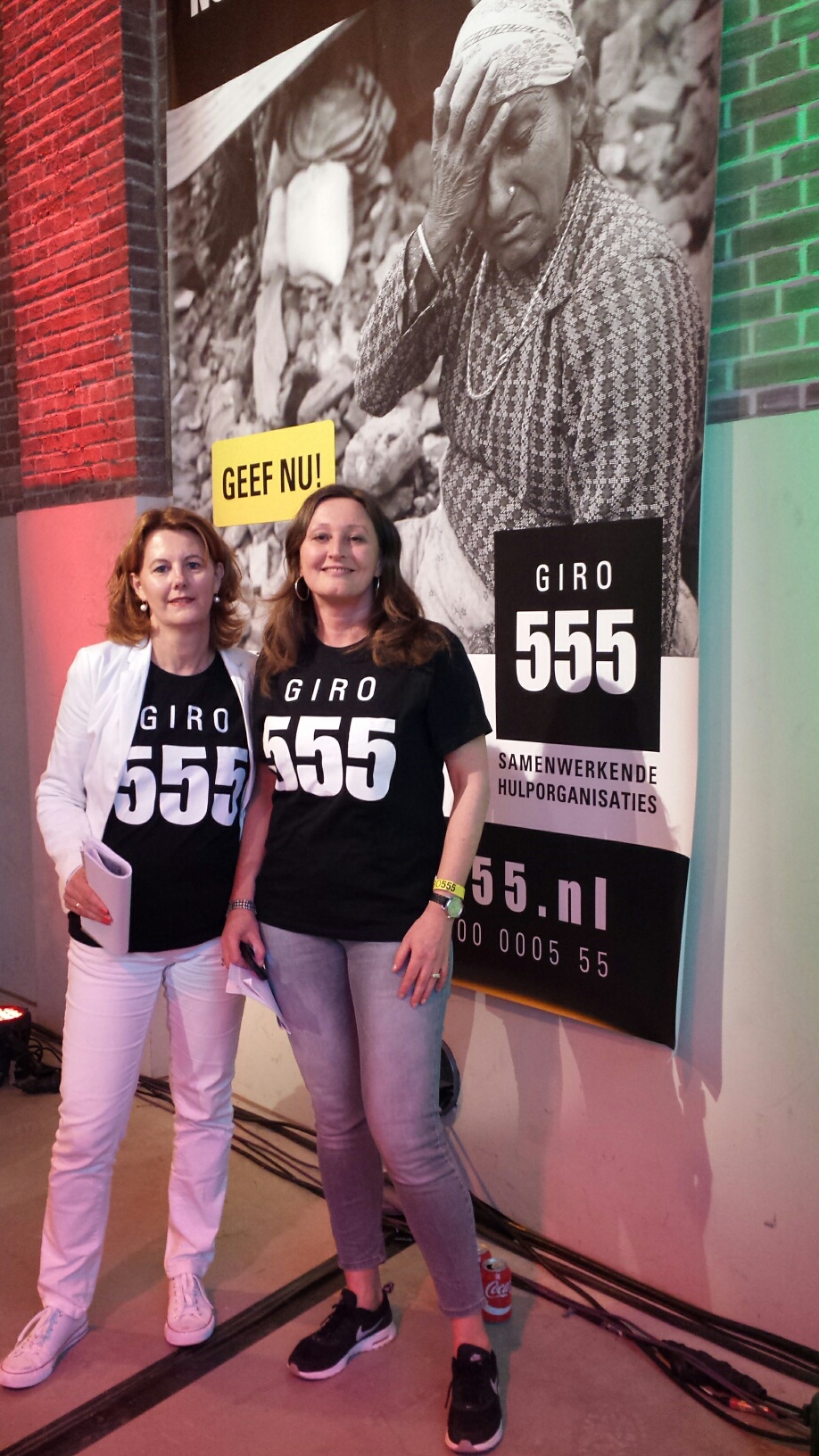