Els4Organising has been around for almost 6 years and has been located in a new inspiring office in Houten since the 1st of September 2016. That of course belongs to one

‘Out-of-the-box EVENT and that was celebrated with her network on Thursday 13 October 2016.

The guests were expected in the afternoon at the LEF Future Center at the Rijkswaterstaat building in Utrecht. At the arrival there appeared to be an evacuation and all Rijkswaterstaat staff were outside. Fortunately, it turned out to be an exercise, and we could start on time at LEF. After receiving a goody bag with goodies and other things, they first received a detailed explanation of how it works to create breakthroughs and new thinking patterns. How does that work in your brain? Afterwards, they were given a tour of the inspiring spaces explaining what an environment / space does to you. This was received with great enthusiasm. Then they went to the new Els4Organising office in Houtens Hart Offices XL in Houten. On the way they received a fresh green apple with the text: If you want apples, you have to shake trees. On arrival in Houten they received a delicious Prosecco with mint and could everyone visit the beautiful building and office while enjoying delicious homemade dishes from Els4Organising. It was an inspiring and pleasant afternoon / evening where everyone was given the message to take the time to think OUT-OF-THE-BOX and BIG. Els4Organising wants to propagate this itself in the organization and at the congresses and events! 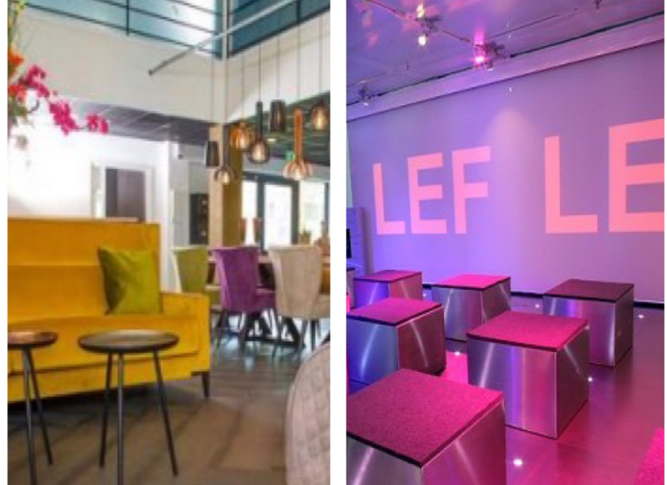